Announcing CourseKey’s Series B To Support Trades Education At Scale

Today, I’m excited to announce ~$20M in venture capital funding and a fresh Series B led by SignalFire. The capital will allow us to partner with thousands of trades education providers to digitize and modernize their operations and ensure that their students graduate with in-demand skills and great careers. The announcement marks a good time to reflect on the journey here and the larger narrative we are setting out to change.

Growing up we are told that upon high school graduation, the logical next step is to go to a four-year college and get a degree. It’s the requirement of obtaining a good-paying job. We are all sold on the idea that college equals success, and that taking any other path means signing up for a life of burger flipping at the local fast-food chain while living in mom and dad’s basement.

Driving that narrative has come at a big price.

With the skyrocketing cost of tuition, Americans have accumulated more than $1.6 trillion in student loan debt. A huge chunk of that isn’t even tied to graduates; it’s tied to drop-outs. The mainstream narrative aggressively pushes the importance of earning a college degree, yet close to half of those that enroll in a traditional college will never put on a cap and gown.

For those who do graduate, many struggle to find jobs that will help them pay back the money they borrowed. Traditional colleges invest their dollars into academics, research, and, let’s be honest, athletics, and a lot of other non-education-related activities. At most universities, less than one percent of annual budgets are spent on career services. Let me repeat that, less than one percent of budgets are spent on supporting students to actually gain employment. After graduation, a rude awakening often happens: college graduates find out that they’re largely on their own.

Frustrated by my own college experience, I began looking at alternatives in 2015. It was obvious that they were starting to pop up everywhere. Computer science boot camps, apprenticeship programs, gap years, the list goes on. I was fortunate to find a college alternative that worked for me – The Thiel Fellowship – a program that supports students in company building instead of university attending.

Although the Thiel Fellowship does a great job of driving a narrative focused on non-traditional options, the program only selects twenty or so students every year. What about the millions of individuals graduating every year with tens of thousands in debt and a lack of real-world skills? What about those who drop out? Was there something for them?

While looking at alternatives, our founding team, Fadee Kannah, Ryan Vanshur, Marc Barron, Fadi George, Michael Woo, and myself, began recognizing a market that we felt no one was paying attention to. It was occupied by our friends and by our family members. In fact, it was occupied by more than twenty-five million hard-working Americans. It was a space that, for some odd reason, was largely being left out of the education conversation. It was trades education. A post-secondary vertical that educated welders, EMTs, and mechanics. Cosmetologists, healthcare technicians, and plumbers. Electricians, nurses, and even pilots.

So why has it always been a great college alternative for so many people? The answer is more straightforward than you’d think. Trades education has a maniacal focus on getting students into jobs. These organizations train students in some of the largest, most in-demand career fields that our society depends on. The programs only take six months to two years to complete, cost 2-4x less than a four-year degree, and equip students with practical skills that open doors to good-paying jobs the day they graduate.

But there are also real challenges at trades education organizations. A lack of technology infrastructure. A lack of modern software tools to support students. A lot of pen and paper processes. We still come across a few fax machines here and there. The technology sector has done a poor job of supporting these organizations to drive digitization and modernization so they can focus on what they do best – teaching valuable skill sets and getting students into lasting, good-paying careers.

That is where CourseKey comes in.

In 2017, our team partnered with a large vocational education provider to build and launch the world’s first trade school management system. We focused on automating daily classroom procedures like attendance and grading, enhancing the student experience through communication tools, helping to identify at-risk students, and simplifying compliance. Fast forward to today, and hundreds of trade schools across the country run on CourseKey. Their tens of thousands of students, instructors, administrators, and school leaders use our software every day to streamline and improve daily workflows.

But our mission is really just beginning. There is a lot of work to be done. It is time to scale the CourseKey platform to support every trade school in the country. That’s why we’re raising the round. To build products faster, to support our customers in a world-class way, to spread the word of the quality of education that trades educators provide, and most importantly, to change the narrative that four-year college is the only option.

I am thankful to our trade school partners, the hard-working CourseKey team, and our investors, all of whom have helped make what seemed impossible, possible.

Do You Know Where Your Students Are?

6 Ways To Support Instructors in 2022 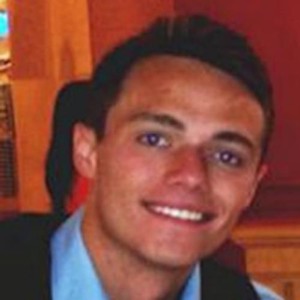 Luke Sophinos is the Founder and Chief Executive Officer of CourseKey.
All Posts »