Instructors were spending several hours per week updating LDA in Nexus—taking time that could be better spent supporting students. At the same time, the finance department could not determine if the LDA in Nexus was, in fact, the most up-to-date LDA.

HMC implemented CourseKey to transfer time credit for discussion questions from D2L into Campus Nexus automatically. Instructors did not have to constantly monitor D2L for late submissions to update the LDA.

“We had two goals, and CourseKey accomplished both of them,” said Kevin Awaya, Co-Director of Education at HMC

For instructors, entering LDA into Campus Nexus after every student discussion post was tedious and took time that could be better spent supporting students. Implementing CourseKey eliminated the burden from instructors, giving them back approximately three hours per week.

“Now the instructors don’t have to do anything for asynchronous attendance tracking,” said Kevin. “They spend the extra three hours per week engaging with the students instead of manually entering time. They’re very happy, because it eliminated a tedious task.”

Instructors aren’t the only ones that are happy with the change.

The finance office at HMC gained a more accurate, immediate view of LDA, streamlining Return to Title IV reporting. Previously, they would have to go back and forth with instructors to ensure they had the most up-to-date student status.

“Before CourseKey, if a student submitted late work, there would not be an automatic way to update the LDA in Campus Nexus. An instructor would have to dig around in D2L to find the late submission and update Campus Nexus with the date of the submission. The updated LDA was reliant upon the instructor’s attention to detail,” said Kevin. “Now, CourseKey automatically picks up the date of the late submission and puts it into Nexus. We’re confident the LDA in Nexus is the true LDA, and that’s because of CourseKey.”

Automating asynchronous attendance is a win-win for everyone. Instructors have more time to focus on students—ultimately benefiting the students. At the same time, administrators have the information they need to do their job efficiently and ensure that Title IV processes are accurate.

Request a demo to begin streamlining your asynchronous attendance processes.

The 4 Factor Framework To Improve Compliance At For-Profit Schools 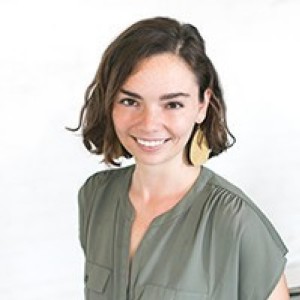